THE SEAHAM PROJECT: a great link to the past 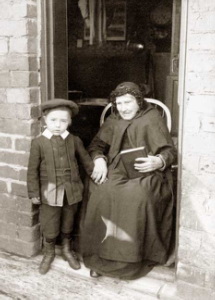 For my historical novel, UNNATURAL (still out for submission to publishers) and for my upcoming Amazon release THE PITMAN'S DAUGHTER,  I relied a great deal on some amazing sources for inspiring pictures and details about daily life in the 19th and 20th century in the East Durham (UK) area.
One great resource I'd like to mention is THE SEAHAM PROJECT , an amazing collection of photographs, oral history, articles and other cultural artifacts.

Here's a small excerpt directly from the section on Children Working in the Mines.  It makes you realize how lucky we all are nowadays.

Children as young as three or four were employed, with both sexes contributing to the work. The younger ones often worked in small teams, with those pushing the corf from the rear being known as thrusters. The thrusters often had to push the corf using their heads, leading to the hair on their crown being worn away and the child becoming bald.
Some children were employed as coal trappers, particularly those not yet strong enough to pull or push the corf. This job saw the child sit in a small cutting waiting for the hurriers to approach. They would then open the trapdoors to allow the hurrier and his cargo through. The trappers also opened the trapdoors to provide ventilation in some locations.
As mines grew larger the volume of coal extracted increased beyond the pulling capabilities of children. Instead horses guided by coal drivers were used to pull the corves. These drivers were usually older children between the ages of 10 and 14
This is one of the toughest jobs for anybody, let alone a child, to carry out. Hurriers are all about six to eight years old. You'll be equipped with a wide leather 'gurl' belt with a swivel chain attached. After harnessing

yourself into this, you'll attach the free end of the chain to a sled. Then, for over a mile underground, you'll make your way through the small tight passages of the mine, so small that you can't stand up.  Once you reach the coal face, you'll have to fend for yourself among the adult miners as these tough men load your sled with chunks and slabs of coal. Then you'll have to scrabble and crawl back to the surface pulling your load. This must be completed many times during a 12-hour shift. If you're lucky, you might get an even younger child to act as your 'thruster' and shove the sled from behind

Thankfully in 1842 an Act of Parliament introduced a minimum age for working in the mines and banned the employment of women and girls entirely.  It wasn't until 1870, however, that all children between the ages of 5 and 13 had to attend school and the children of the ones could experience some freedom in their childhood years. 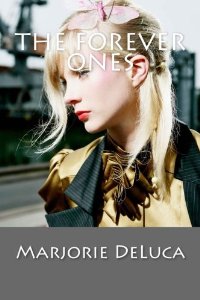 The book is getting more attention.  Check out these excerpts from a recent review
" I found the book's main question very compelling: Is it better to live forever? Youth becomes a currency in The Forever Ones. Throughout the story, the reader sees both the pros and cons of remaining 19 forever. It's an interesting discussion that I thought Ms. DeLuca handled well and I'm interested to see how it plays out in the second book... DeLuca made no apologies for her antagonists, presenting them in all their creepified glory. I applaud that she didn’t back down from describing the disturbing workings of the society she created.
Jessica Nicole, Ramblings on Readings.