I had to change my blog background today from a blue, rainy effect to something bright and cheerful. Partly because of the cold, snowy weather we're experiencing here but also because I'm so delighted that THE PITMAN'S DAUGHTER has just cracked the Top 20 bestseller list in three categories in the UK store. It's #16 in Kindle Literary Fiction and #21 in Women's Literary Fiction.
When you realize that people are actually responding positively to a book that took many years to reach a point where it was really ready to be launched, it's a very humbling experience. Especially since this book has such personal relevance to me.
My mother was a pitman's daughter, my sister and I were too though my Dad was only a miner for a few years before he became a dairy engineer. All my uncles on my mother's side were pitmen which makes my many female cousins pitmen's daughters as well.
I always knew this story should be told and even though I put it aside many times and went on with other projects I knew there was something special about this one.
I believed that many people would love to share it with me. And I guess I was right!
Today it overtook The Great Gatsby (my all-time favourite book) on the Amazon UK Kindle  Literary Fiction bestsellers list, which gave me a brief panic attack. I recovered quickly and savoured the moment!
Check it out on Amazon UK: The lists change hour by hour but hopefully it might reach the Top 10! 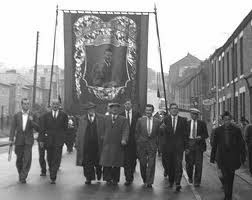 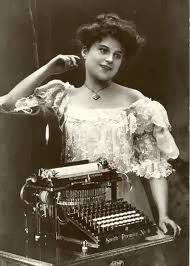 It's official - I'm in the company of my idols! My novel THE PITMAN'S DAUGHTER has reached a couple of Amazon bestseller lists. The first one is the British and Irish literary fiction where it's at #30 just above Malcolm Lowry and just below the likes of Penelope Lively and Ian McEwan, two of my favourite writers - oh and 10 places behind David Copperfield!!! It's a weird thing this digital marketplace!
It's also hanging in at #99 in the British Literary Historical Fiction in the solid company of C.S Forester, Agatha Christie and Ken Follett! Nice company to keep!
You can check the lists out on Amazon here and here

And if you're still thinking about buying a Kindle or paperback version you could just keep me from slipping out of that precious top 100! Just a thought! 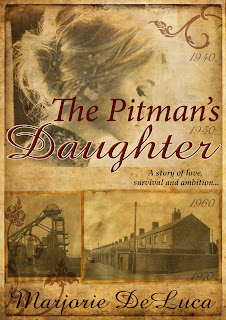 Just a quick newsflash to everyone. THE PiTMAN'S DAUGHTER will be featured on Kindle Countdown Deals starting on Friday 15th November at 8:00 a.m. Check out my product page for details. It's a great deal and a chance to get your copy of the book for a low, low price! 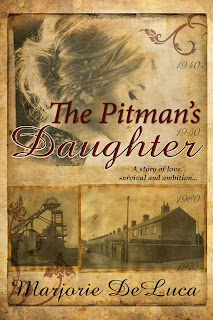 People often ask how I get ideas for stories. I addressed this in an earlier blog but I'd like to focus on one really important source of inspiration: gorgeous places. Take a look at this picture: 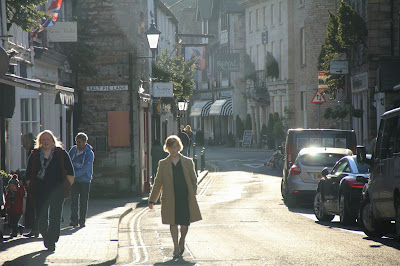 This is Kirkby Lonsdale in Cumbria. With its quaint streets, winding river, pale stone buildings, market place and wide selection of local shops it's one of the loveliest places I've visited. Every year there's a Victorian Fair held in September when the whole town is transformed and everyone steps back over a hundred years in time.
You'll notice one of the streets is called Salt Pie Lane. The story goes that there was a bakery there and the enterprising baker had an arrangement with the landlord of the nearby pub. The baker put a lot of extra salt in the mutton pies so after eating them, customers would need to drink a great deal of beer to quench their thirst!
Here's a picture of the Market Square and the traditional Morris Dancers. 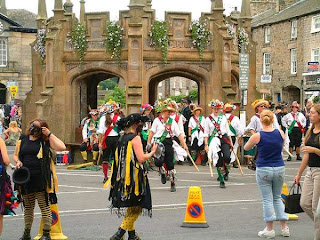 I've visited the town several times now and was inspired to start a new book I've entitled A Proper Lady. It's the story of young farm girl, Bonita Salt, who lives in Kirkby Lonsdale during the late 1890's. When she loses her parents she's taken under the wing of the mysterious and charismatic Miss Violetta de Vere who transforms her from a plump and slovenly farmer's daughter into a slender, polished young woman. Miss de Vere plans to employ the same techniques on the plain and frumpy daughters of wealthy parents in order to make them more "marriageable". She enlists Bonita in her enterprise and they move to the lovely seaside town of Whitby to get things going. Soon, however, Bonita realizes that there's a lot more to this business than meets the eye and that Miss Violetta's intentions may be less than honourable.
Here are some of the places that inspired early scenes in the book: