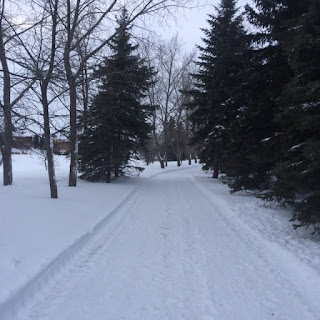 I've finally made a vow to keep going with my morning walk schedule regardless of the winter weather outside. And despite the challenges of walking outside at temperatures of -22C and lower, I've discovered snow walking can be fun, beneficial and incredibly beautiful.

It takes twice as long to dress up for the weather with extra leggings, thermal socks, snow boots, wooly hat, scarf, parka, hood and thick mitts, but I have this theory that plunging through the park or climbing a snow hill dressed like a yeti, burns at least three times the usual calories for a walk. The only trouble is that we've also been experiencing some higher than normal temperatures more recently and that means the snow turns to ice which then makes it feel like you're walking on an ice rink. 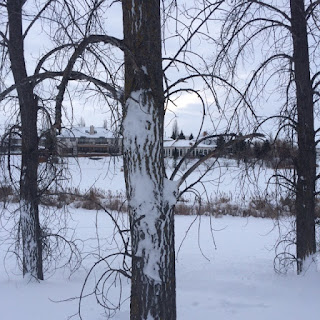 For many writers, a quiet walk outdoors is the best way to think of new ideas and sort out plot problems, and winter has a certain sleepy, silent magic about it that seems more inspirational than any other season. To write a novel you need to do a whole lot of thinking before you even sit down and put your fingers on the keyboard, and once you're into the first draft you need to take breaks and think about the way the story is developing. Tearing yourself away from that screen and plunging out into the fresh air is the best way to go.
Since winter is a great time for a quiet read by the fireside, I've highlighted a few more great books I've enjoyed recently: 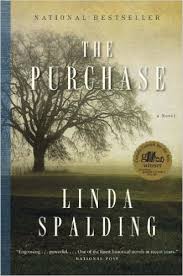 THE PURCHASE by Linda Spalding

Set in Virginia, 1798, this Governor General's Award winning book explores the indignities of slavery from a unique perspective and shows how one man's single impulsive action can create ripples that affect the lives of multiple generations of his family.
This is the story of Daniel Dickinson, a Quaker from Pennsylvania, whose wife has passed away and left him alone with five children to raise. He hastily marries a fifteen year old orphan and sets off with his entire family and his few meagre belongings to forge a new life across the border in Virginia.
At first life is tough, the family buys a plot of land in a tiny community and begins to establish a life there, but when Daniel goes to market one day and encounters a slave auction he is horrified. A firm abolitionist, this spectacle goes against all his values and beliefs. On impulse he buys the boy but is completely unaware how this action will resonate with his family through the decades, leading to conflict, passion and tragedy.
This story is a complex exploration of emotions, morals and the struggle to maintain one's beliefs in a changing world. The characters are well drawn, memorable and imperfect which makes them all the more intriguing. Also the author conveys the hardships of life on the American frontier with unsentimental but beautiful, spare prose that will keep you reading to the last page. 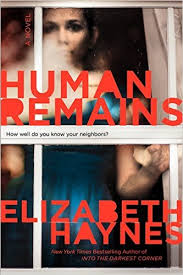 This suspense filled thriller is made even more compelling by its imperfect narrator and its exploration of a major societal problem - the epidemic of loneliness suffered by people forced through circumstances beyond their control to live alone, unloved and unnoticed by their community. Most often they are seniors, but sometimes they're younger - possibly suffering from mental illness, depression or some other crippling problem.
Anna, the main character, is one such person. A police analyst with a busy job and an aging mother to check in on, Annabel is socially awkward, has poor self-image and is a loner at work. She lives alone but doesn't see herself as lonely. When she discovers her neighbour's decomposing body in the house next door, she is shocked that no one, including herself, noticed the woman's absence. When her colleagues show a lack of interest in the case, she takes it upon herself to investigate and discovers a disturbing pattern of such cases, leading her to believe that something is not right and this can't be a coincidence. But as Anna gets chillingly close to the solution, she reveals her own vulnerability in the depths of her depression and puts herself in danger.
This was a refreshingly different take on the usual police procedural thriller, mainly due to the originality of the characters and the complete believability of the situations portrayed. Reading it, one is reminded of one's deepest fear - of being completely and utterly alone and uncared for - invisible to the people around you. 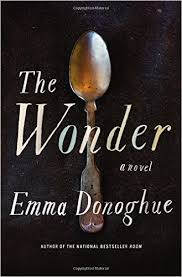 THE WONDER by Emma Donoghue

Another novel by the author of the wonderful Room, this novel is definitely as compelling. Set in the  19th century, this is the story of an English nurse who is brought to a small Irish village to provide objective observation of what is thought to be a miracle: an 11 year old girl who lives and thrives without touching a morsel of food. Tourists already flock to the small cabin to see little Anna who lives, according to her family and the local priest, on manna from heaven. Lib, a veteran nurse from Nightingale's Crimean campaign, is hired to keep watch on the girl, but soon finds herself fighting for the child's life, together with a journalist sent to cover the miracle.
As with all Donoghue's books, this is an in-depth psychological exploration of the motivation of diverse individuals - each with their own agenda. This story begins slowly but picks up pace so that it becomes impossible to put down as the stakes are raised and Lib must make a choice to do as she's told or to defy the orders she's been given and possibly put herself in danger. Ultimately this leads to a gripping life or death scenario with an innocent child at the centre.