It's been almost eight years since I made the startling discovery that the street just around the corner from my grandmother's house in Hetton-le-Hole, Tyne and Wear, UK was actually the birthplace of Mary Ann Cotton, one of Britain's most prolific murderers. Once I started reading about her case and the sensation it caused in the newspapers of the time (1872-73), I knew I had to write a novel inspired in some way by the events at the time.

I didn't want to write it from the murderer's point of view. Many articles written since that time have argued about the extent of Cotton's guilt, and there is still wide disagreement about how many people she actually killed. Instead I was more interested in how the case influenced the men and women reading the newspapers at the time and how it caused sensation and outrage at a time when women's roles were restricted to the domestic sphere, and fulfilling one's role as the selfless " angel at the hearth" was the only role deemed important for women.

I created a fictional character, the childless and unhappy Clara Blackstone, a woman on the edge - trying desperately to maintain her sanity after a traumatic second miscarriage. A troubled woman who has blocked the memories of her spell in an asylum, the terrible events leading up to it and the role her husband played in her committal. The story opens when Clara travels up to Durham City to meet her husband, Henry, so that they can make a fresh start. On her way from the train station, they encounter a mob gathered to witness the arrival of Mary Ann Cotton at Durham Jail - and so the problems begin to unfold...

This book was a long time in the making. I've had nightmares about the murderer, learned a whole lot about Victorian women - their trials and tribulations, and the mind doctors who preyed on them in the  guise of treating "nervous complaints and hysteria".

Publishing Countdown For THE SAVAGE INSTINCT

The publishing date for The Savage Instinct has been moved to May 18th. I never realized how much promotional work is done in the months before a book is launched. Here's a quick rundown: 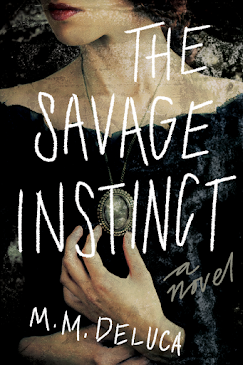 CHECK OUT THIS WEEK'S ARTICLE IN THE LANCE!!
Click here to see the writeup about The Savage Instinct. Please note, the publishing date for the novel has been updated to May 18th, 2021.
- March 16, 2021 No comments: