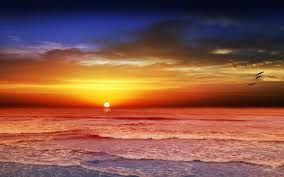 Well, it's just past the mid-point of August when we're all trying to savour the last weeks of summer. Take more walks, go to the beach, sit on the deck or patio and enjoy the sun - with a good book in hand, of course. I've reviewed a few more books you might be interested in reading. They're mainly suspense/thrillers, because I needed to be in that mode to complete the book I've working on. Thankfully I've finished the first draft. Now the tough part comes when you ask yourself if it's really any good and what it needs now to make it work in terms of story, language use, world building etc. etc.
Anyway, hope you like these books: 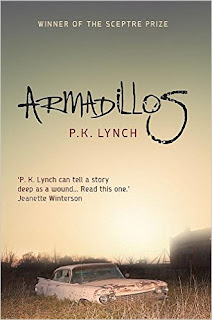 This slow-burning story of Aggie, a young girl who escapes her Texas backwoods home by simply opening the door and walking away from years of chilling and deliberate abuse, is one that gradually settles itself into your bones and compels you to read on no matter how depressing the situations the main character  inevitably lands in. Aggie, because of her poor, deprived background, is doomed to stumble from one risky, marginal situation into another. And all the while she's haunted by the guilt of leaving her sister JoJo but driven by the idea that the world must have something else to offer her and maybe she'll find somewhere to belong. Eventually she lands in a "family" of sorts - a squat populated by a crazy collection of misfits and runaways. There she befriends Freak, a whacked-out self-cutter and "The Beast Woman" who fashions odd knick-knacks out of old tires and gives dignified burials to armadillos found as roadkill - an obvious metaphor for Aggie and her tireless drive not only to survive, despite all the abuses hurled against her tough shell, but to confront the abuse she endured at the hands of her father and brother. The author relates the horrors of Aggie's life with effective, unsentimental detachment that makes it all the more powerful. Though I enjoyed the book and the characters I did feel something was a little "off" and when I discovered the author was Scottish and had only visited Texas, I realized the voice of the characters and the whole "feel" of the setting didn't have quite the authenticity it needed. Despite this I would recommend the book as very compelling and well written.
I received this book from Legend Press in return for an honest review. 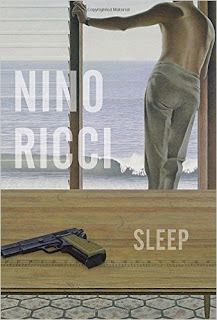 Nino Ricci burst onto the Canadian literary scene with his first novel, Lives of the Saints, which won the Governor General's Literary Award as well as many others. Since then he's gone from strength to strength with a whole run of prizewinning books. I must say, however, this latest novel is better than anything I've read of his. I was initially drawn to the cover which features a compelling painting by my favourite artist, Alex Colville. It's a brooding, menacing picture and Ricci's story uses this ominous sense of danger in his story of David Pace, a man who seems to have it all - brains, successful academic career, happy family. We soon discover the irony of his last name. Pace - which in Latin means peace, is the total opposite of David's personality. He's a man at war with himself due to a rare sleep disorder that scrambles his brain and causes him to submit to an ever more powerful cocktail of drugs to keep a lid on the utter chaos inside him. As sleep haunts him and eludes him, his world gradually unravels and his choices become increasingly destructive in his quest to shake himself free of the effects of the disorder. The only thing that seems to calm him is to hold a gun. So begins a downward spiral that leads him to make terrifying choices in the gradual destruction of his life. The pace of Ricci's story is intense, as he delves into the turmoil of David's mind, and portrays him often as a loathsome and deceptive person with no scruples. At the same time making us aware of his helplessness in the face of his disorder. This is definitely not a breezy beach read, but an intense, compelling experience that only flounders when it comes to the ending. One is left with the idea that Ricci couldn't think how better to finish it. Despite this, the book left a great impression on me. 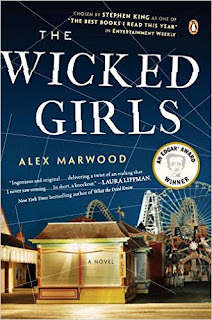 THE WICKED GIRLS by Alex Marwood

This fast-paced page-turner is the story of two women who first met on one fateful day when they were both eleven. At the end of that day they were both charged with murder. Fast-forward twenty five years, journalist Kirsty Lindsay is sent to a seedy English seaside town to report on a series of gruesome murders of young women. There her investigations lead her to interview carnival cleaner, Amber Gordon. It's the first time these two women have met since the darkest day of their lives twenty five years ago. When each woman realizes the implications of this meeting and the very different lives they're leading, they're both gripped with the fear of trying to keep their wicked secret hidden from those they now love, and all amidst a terrifying murder hunt that comes way too close for comfort.
The characters and setting were so well-drawn that I was immersed in the lives of these people and the way their lives intertwine both in the past and the present. The author controls the movement of the story in a way that compels you to keep reading and I have to say, the ending was one of the best I've read in a long time. A great book! 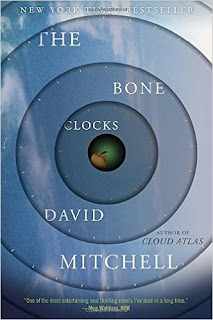 THE BONE CLOCKS by David Mitchell

David Mitchell's books have been nominated for the Man Booker prize and this book was rightfully named as one of the top ten fiction books of its year by Time and several other influential magazines.. The Oprah magazine called it "A time-traveling, culture-crossing, genre-bending marvel of a novel," a great description of this wildly ambitious book that spans time and distance, yet manages to put forward some simple truths about the human condition. Though the book has also been widely criticized by readers who preferred Cloud Atlas, Mitchell's other famous novel, I loved it simply because I found it entertaining, moving in parts and very beautifully written in others (though there are definitely some sections that could have been edited more).
The title refers to one thread of the story - the idea of immortality and the lengths human beings will go to to avoid our ultimate fate - to become a dead sack of bones after a prescribed term of life. In other words, our countdown (or clock) begins the moment we are born. I found that it's really more a story about love, heroism and the power of the human soul. The story follows the life of Holly Sykes who we first meet as a fifteen year old.
Holly is a sensitive child who was once contacted by voices she called "the radio people". As she journeys away from her old life, she's unaware that she's caught the attention of a cabal of dangerous mystics and their enemies.  After a fight with her mother about her boyfriend, Holly slams the door on her old life and sets out on a journey that will last a weekend, but will result in the disappearance of someone she loves. This mystery leaves her family scarred and will reverberate through the decades affecting even those not yet born. As with Mitchell's other book, the story shifts to other characters, A Cambridge scholar, an Iraq war reporter, a middle-aged "has-been" writer. All become connected to Holly in some way and all have a part to play in the invisible war that rages on the edges of humanity. 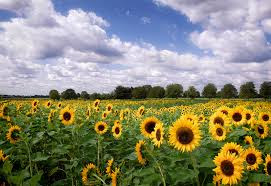