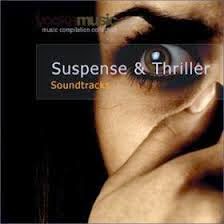 It's official. I'm addicted to writing (and reading) thrillers. Particularly the slow burning psychological type. It all started when I read Gillian Flynn's Gone Girl, then moved quickly on to Dark Places and Sharp Objects by the same author. I was hooked.
My next move was to take a break from Sci-fi and historical fiction to try a thriller of my own. My first project was Busted Out, now entitled Chasing a Thrill, a YA novel with a dead body on a deserted, snowy trail in the first chapter. 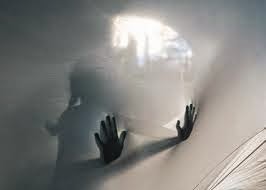 My second suspense novel, LILAH, doesn't start with a crime. Instead it begins with the sudden, unexplained appearance of the enigmatic and beautiful Lilah in a small Minnesota town and the narrator, Nick's nagging feeling that she actually came to seek him out, though he doesn't know why and she's not letting on. His discovery of the a grim secret in the town's past coincides with his own difficulties in dealing with his own personal demons. And all the while he's falling for Lilah even though he knows nothing about her. 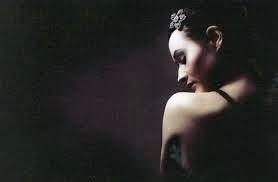 The beauty of writing books in this genre is that it's like laying down the pieces of an intricate puzzle and fitting them together in a way that beckons the reader on and leaves them just the right tidbits of information to lead them towards the inevitable and sometimes dreaded conclusion. It's also possible in really well written thrillers, to delve deeper into the weaknesses, insecurities and fears that make us all human. By playing on these emotions the skilled suspense writer can evoke a visceral, spine-tingling response from the reader that draws us on into the tangled, dark and disturbing world of this genre.
I'm now beginning to work on a third suspense/thriller which will be more in the psychological suspense vein. I'll let you know more about it in later blogs. In the meantime I'd love to recommend an amazing new psychological suspense novel that I've recently read. THE DEVIL YOU KNOW by Canadian author Elizabeth de Mariaffi. If you love a book that you can't put down, check out my review below: 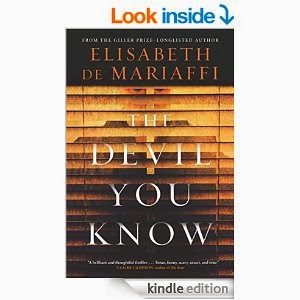 The opening of Elizabeth de Mariaffi’s gripping new thriller, The Devil You Know, taps into a woman’s most deep-rooted fear of the monster lurking in the shadows or, in this case, the hooded man watching you through the window of your apartment, his boots leaving impressions in the snow to remind you he’s not a figment of your imagination. As rookie reporter, Evie Jones reflects,
Maybe it’s your own fear that calls him to you. You’ve imagined him so easily and so often, stalking you in the dark or hiding in your closet or in the backseat of a car in the parking garage.
Set in 1993 against a wintry, grey Toronto landscape, the story follows Evie, a young reporter haunted by the childhood memory of her 11 year old friend, Lianne’s unsolved murder. The suspected killer, repeat offender Robert Cameron, was never apprehended. Now in 1993 and living alone, Evie finds herself drawn to research Lianne’s murder to find out more about Cameron and his whereabouts. With the help of her childhood friend, David, she searches for clues that begin to lead in disturbing directions. At the same time she becomes aware of a strange man standing on her balcony at night, watching her. She becomes convinced the killer has come back for her. News of the infamous Paul Bernardo multiple murder case and her subsequent assignment to report on his “house of horrors”, fuels her fear and she, as well as the people close to her, begin to wonder if anxiety and paranoia have taken over. But as she and David get closer to the truth, the trail leads in a direction neither of them expected.

Mariaffi’s style is reminiscent of Gillian Flynn’s brilliant first novel, Sharp Objects. As a narrator Evie has a sharp, unsentimental eye for detail and a wise though cutting edge of humor underlying her observations of the world around her. It’s this that carries the reader on, compelled to follow Evie on her quest to uncloak the real or imaginary killer who stalks her. There are moments of taut, electrifying suspense in this novel as well as powerful, gut-wrenching images that capture the terror that grips us when we read about murdered women stuffed in duffle bags, garbage bags or dumpsters. The book doesn’t seek to exploit that reality as so many contemporary thrillers do, but to understand it and to show its lasting and permanent effects on us. This was a brilliant, perceptive and compelling story.

Sorry about the long break between posts. I've been hard at working finishing final edits on Lilah, my new romantic suspense novel, which is now available for pre-order on Amazon. Just click the above link to find out more.
Last post I focused on a few of the great books around in the thriller/mystery/suspense genre. I promised to spotlight movies and TV series in the same genre. So here goes with my TV recommendations.
SECRETS AND LIES:
Though I believe a North American remake is on the horizon, the original Australian version is a tense, twisting suspenseful series available on Netflix. Starring the gorgeous Martin Henderson, it tells the story of an ordinary (though hunky) guy who discovers the body of a dead child while out jogging. From key witness, events spiral out of control until he's the prime suspect fighting for his family and his freedom. With a truly mind-blowing conclusion, this series will keep you guessing until the end. 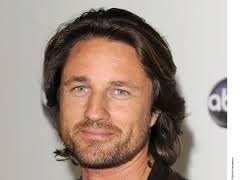 TOP OF THE LAKE:
Filmed in the breathtaking mountainous scenery of New Zealand and starring the amazing Elizabeth Moss from Mad Men, the story centres around Moss's character, Detective Robin Griffin who returns to her childhood town, a place where she endured traumatic events years earlier. She's immediately plunged into a troubling case of the young daughter of a local drug lord, who tried to kill herself in the icy lake. When the girl disappears, Griffin is drawn into a shadowy world of drug dealers and encounters the eccentric leader of a women's self-help camp. It becomes a painful journey of self-discovery as she reconnects with her old lover and uncovers terrible secrets buried in the town's history. 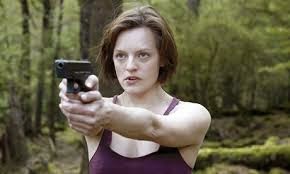 TRUE DETECTIVE:
You can't compile a list of great suspense stories without mentioning this amazing series starring the incredible Matthew McConaughy and Woody Harrelson, the most inspired casting choice I've seen in ages. This moody story set in rural Louisiana chronicles the journey, both personal and professional, of these two contrasting detectives who give their all in a search for the perpetrator of strange, ritualistic killings. McConaughy is the introverted, intellectual philosopher while Harrelson is the flawed, explosive macho man trying to keep his family together despite his infidelity. Both men struggle with their own demons along the way. 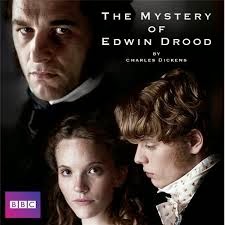 THE BRIDGE ("BRON" the original Danish version)
Another incredible series with two completely mismatched detectives, Saga, the brilliant Swedish detective with an Aspergers type personality and Martin, the Danish cop haunted by the death of his son. When they are thrust together after a body is found on the bridge between Denmark and Sweden, cut in half and straddling the border between the two countries, they become entangled in a web of corruption and terrorism. With brilliant characterization against the cold, grey Scandinavian backdrop, this is a truly addictive series. 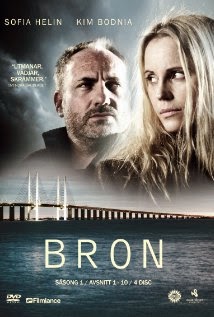 I could go on forever with my list, but I'll return to it on another blog. In the meantime, happy and suspenseful viewing to you all and be sure to comment with your recommendations. I'm always looking for suggestions.