There's a rule in the fiction world that you never send a pitch to an editor or agent unless you have a finished manuscript, unlike the world of journalism where you can pitch just an idea. Unfortunately, not all authors observe this rule. Me included. I recently made the mistake of getting so caught up with an event that occurs on Twitter called Pitmad, I submitted an idea for a book I haven't actually 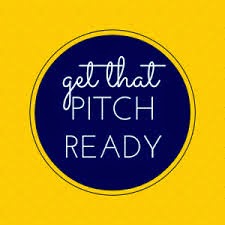 finished. Let's put it this way - the first half is done, but the second half is badly in need of revision.

Pitmad is an event held once every month or second month. Authors are able to pitch the log line for their novel twice an hour for the duration of the event, which goes on for most of the day. Editors and literary agents are alerted to the event and watch out for pitches that interest them. If they favourite your pitch it means they want to read a sample of your work. So basically you sit on the computer all day and plug in your pitch, then wait for the agents to pounce on it. 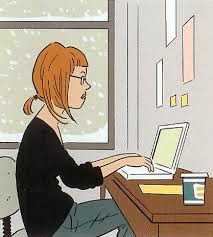 I took part in this event in April and submitted several different pitches for several of my novels, but the one that got the attention was a lighthearted, comedic book called THE DOG WALKERS' DATING CLUB. My pitch?
"Thirtyish dog-hater and her single BFF's form a dog-walking club to meet eligible male dog walkers"
I was inspired to write this while on a walk with a friend and her new dog. I noticed how many people stopped and talked to her and basically swap doggie talk. Also, judging by the number of handsome guys out walking dogs, it didn't take long to wonder why young, single females might find this a good way to meet eligible bachelors. Hence the DWDC was born. Also, around that time, my daughter got a new dog and I was having a hard time adapting to being a dog owner, so I created a  main character, Ruby, who is not a dog lover and who struggles when she actually gets her own puppy, eventually named Baby. She's also trying to get over the breakup of her parents' marriage as well as the traumatic ending of a romantic relationship. As you can expects, the trials and tribulations of being a new dog owner don't help and soon she's overwhelmed!

The agent who asked to see it, really enjoyed the first 25 pages, so now I'm POWER-REVISING the rest. There's nothing like a tight deadline to keep you on your toes. Initially I was going to publish this one myself and even have a cover for it as you can see below, but we'll just see what happens. Meanwhile, it's back to the laptop and the ongoing saga of the DWDC! Watch out. It might be coming to bookstore near you some time soon!! 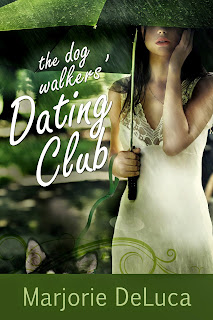 UPDATE: For those of you interested in THE FOREVER ONES series. I'm well into Part 3 of the trilogy. It's called THE FEEDERS and hopefully it will be finished late summer.