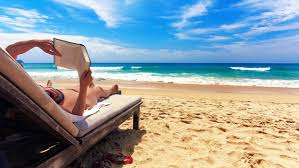 It's that time of year when you're stretched out on your deck, patio, the beach, by a lake or river or at the park taking in the sunshine. Cold drink to your right, healthy snack (chips contain Vitamin C, don't they?) to your left, and a magical book in your hands. Summer is the time for a novel you can't put down - or only put aside long enough to go for a dip to cool down or share a glass of wine and lunch or dinner with friends and family. 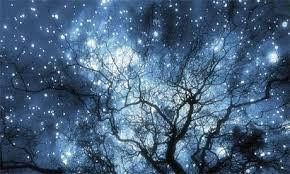 Summer is the time when you lie in bed, windows open, warm night air blowing the curtains and the moon shining down on your book. Imagination runs wild on warm summer nights, maybe bringing back memories of some long-forgotten night in your life.
Here's a few books that will thrill you in different ways - maybe even make you shiver! But they'll certainly draw you quickly into their world. 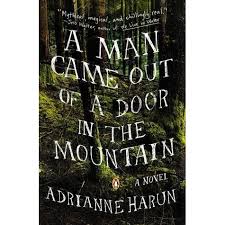 Set in isolated British Columbia this beautifully written, magical book tells the story of a community haunted by the disappearances of its young women. Inspired by the infamous "Trail of Tears" BC highway where countless young women - mostly native - have vanished, this story takes an original, almost mythic approach to the tragedy. Leo Kreutzer and his four friends are aware of the disappearances but have not been touched personally until a series of mysterious and enigmatic strangers arrive in their town. Strangers who seem like characters from native legends: Kevin Seven, the trickster, who beguiles shy Ursie with his card tricks and sleight of hand. Hannah Swann, bone-white, with long, black hair - the Ice Queen - who bewitches Bryan with ideas of violent revenge against the tyrannical and villainous local meth dealer and his messed up gang. The story follows the five friends - Leo, Bryan, Ursie, Tessa and Jackie - and tenderly though chillingly reveals the harsh realities of living in a depressed rural area where danger lies in the forest or the highway or even the local motel but you never know until it's right there in front of you. On a positive note the story also shows that real friendship knows no boundaries. An exciting, spellbinding and exquisitely written novel.

A FRIEND OF THE FAMILY by Lauren Grodstein 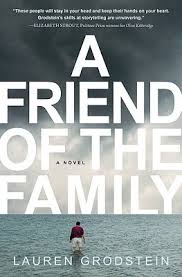 Narrated in a totally authentic male voice, it's sometimes difficult to remember the book is written by a woman. This tells the complex story of a father and husband's fall from grace. Pete, an affable, respected internist with a thriving practice in suburban New Jersey, a wife and son, has everything he needs - on the surface. Dig deeper and his life is plagued by insecurities about his marriage, his uber-successful best friends and his teenage son who can't seem to settle on a direction for his future. Enter the wild card, Lauren, his best friend's beautiful daughter, with a past so shocking people try not to speak about it. Pete's world changes irrevocably but not in a predictable way, which is what really makes this novel shine. That and the complex inner world of Pete's mind that Grodstein captures so well as Pete tries to save his family, his reputation and himself.

AFTER HER by Joyce Maynard 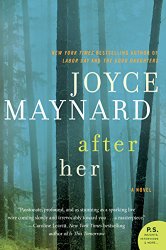 Joyce Maynard is the author of Labor Day, also a fairly successful movie and At Home in the World, an autobiography that became controversial because of its expose of her relationship with the famous but reclusive writer J.D Salinger. Maynard is an exquisite writer and After Her is a wonderful, and evocative portrait of the type of childhood in which children run wild, their imagination left to create magic and mystery as well as terror. Set in Marin County near San Francisco in the late '70's it is the story of Rachel and her younger sister Patty who enjoy unlimited freedom exploring the wild mountain trails behind their home. Their charismatic and handsome father is a detective, but his infidelity has caused the family to break up, leaving their mother a chronically depressed women who spends most of the day in her room barely supervising her girls. When young women begin to turn up dead on the mountain trails, the entire area is gripped by terror and when Rachel and Patti's father is appointed to head the investigation, their adoration and pride knows no bounds and they look forward to every visit from him. When the case proves difficult to break, Rachel sees the toll it's taking on her father and decides to take matters into her own hands. Her decision has far-reaching effects on her family and on his career. A spell-binding portrait of a daughter's devotion to her father and her sister. A great read. Tana French is essentially a writer of thrillers and police procedurals, but she writes with such lyricism and style her books read like literary novels. Broken Harbor is one of her best. Set in post-economic-collapse Dublin, the action takes place in a suburban wasteland - a new, ambitious housing development by the old seaside town of Broken Harbor, abandoned mid-project by the builders and left to fall apart. Left behind are families who believed in the dream, vainly trying to cope with derelict half-framed homes on their street, poorly built houses falling apart, gangs of disaffected teens roving the streets, graffiti, isolation and general depression. When Patrick Spain and his children are found brutally murdered in their own home and his wife, Jenny is barely clinging to life, Mike "Scorcher" Kennedy and his team are sent to investigate and to figure out what happened. As he digs deeper the portrait of a family in crisis emerges: missed mortgage payments, hidden baby monitors, holes punched into the walls. The mood becomes increasingly haunting as Kennedy also has to deal with ghosts from his own past and childhood spent in Broken Harbor with his troubled sister Di. This is a complex, haunting and multi-layered novel that is impossible to put down.

So those are my picks for this month. I'll be reviewing more in my next blog. 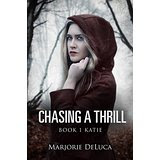 MY NOVEL UPDATES!
Check out this brand new cover for Chasing a Thrill which I've decided to turn into a series. I'll be starting work on the next book in September. 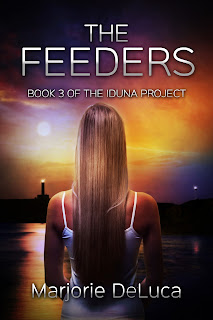 THE IDUNA PROJECT
My YA trilogy continues to garner rave reviews. Check out reviews for The Forevers, The Parasites The Feeders right here. 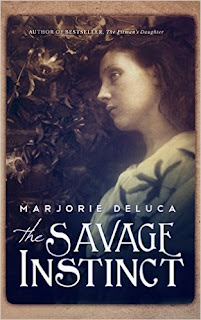 THE SAVAGE INSTINCT
This book cracked the Amazon Top 100 for British and Irish Literary novels this month. If you haven't read it yet, check it out here.