Since I read on average about two books a week, I thought it was time to recommend some reads to all of you out there who enjoy a good story. I've sorted them into categories so I hope there's something for everybody. You can find these books on all the online retailers as well as the bookstores. Check them out! 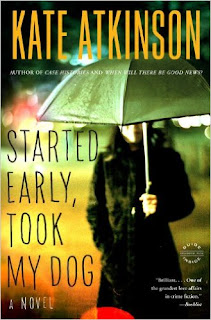 I've read some great literary novels by Kate Atkinson but had no idea she wrote crime fiction until I found this book. If you love Robert Galbraith's crime series you'll love Kate Atkinson who writes with the same humour, sly wit and unflinching eye for detail in this story featuring main characters who are basically likeable loners and quirky misfits. Tracy Waterhouse, ex-cop now head of mall security, sets out on what she thinks is a typical routine day. Along the way she makes a decision that will change the entire course of her life and turn it upside down. Witnesses to the event are Tilly, a dotty, elderly actress on the verge of senility and Jackson Brodie, ex-military PI on the hunt for someone else's birth parents. These three people converge in the most compelling and entertaining way. A great read! 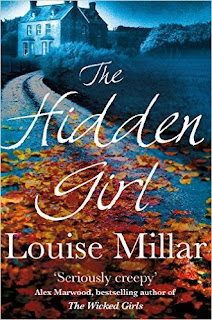 THE HIDDEN GIRL by Louise Millar

Another thriller set in the UK! This is a compelling read full of twists and turns and nail-biting suspense. Hannah Riley and her husband, rock music producer, Will, hope that a move to an idyllic but crumbling old house in the countryside will provide the fresh start needed for them to provide a loving home for an adopted baby. When Will is in London and Hannah is cut off by a massive snow storm, she discovers the little village is less than idyllic and as she scrambles to ready the house for a visit from the adoption agency, she uncovers evidence of a terrible crime and secrets hidden by the town's not-so-friendly inhabitants. 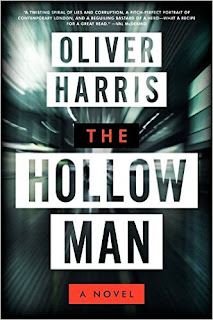 THE HOLLOW MAN by Oliver Harris

Yet another UK thriller! This fast-paced story of political and police corruption beautifully conjures up the settings of North London, especially around Hampstead Heath. Here's the back cover blurb:

Waking up on Hampstead Heath not far from a crashed squad car, Detective Nick Belsey wants out—out of London and out of the endless complications of his life. When Alexei Devereux, a wealthy hermit, vanishes, leaving behind a suicide note and his Porsche, Belsey discovers an opportunity—a new identity and a fortune—waiting for the taking.
Unfortunately, there are others who share the detective's interest in Devereux, including Scotland Yard. A dead rich man with suspicious financial holdings is bound to have some dangerous ties and a few ruthless enemies. Now, Belsey and his clever plan are about to be overshadowed by far more ambitious players with their own brilliant—and deadly—scheme.
A terrific page-turner! 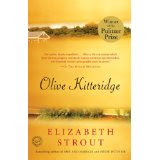 This Pulitzer prizewinning novel is a masterful portrait of small town Maine and Olive herself, a retired schoolteacher who watches the world changing around her but cannot always reconcile herself to what's happening. A stern, sometimes patient, perceptive, but repressed woman, Olive reminds me of Margaret Laurence's Hagar Shipley from her brilliant novel, The Stone Angel. Olive struggles to communicate with her own adult son while her irrational sensitivities cause her loyal husband Henry much internal turmoil and conflict throughout the marriage. This book is structured as a collection of linked stories and contains a cast of unique and damaged characters who experience tragedy and joy. Ms Strout writes with ruthless honesty bringing the reader to a deeper understanding of the human condition. 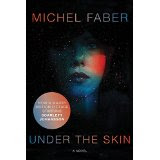 UNDER THE SKIN by Michael Faber

I would classify this book as literary science fiction. This haunting novel is so beautifully written it draws the reader into the strange world of Isserly, a female driver who cruises the Scottish Highlands picking up hitchhikers. Faber gradually reveals the truth about Isserly - she's scarred, awkward, deformed yet strangely erotic. And she listens to her passengers as they open up about their lives, providing an accurate mosaic of modern society and its prevailing beliefs. When the shocking truth of her mission is finally clear to the reader, there are lessons to be learned about our own moral instincts. I can't reveal more without giving away spoilers, but I can say this is a masterfully written story - even for those who shy away from sci-fi.

Hope you enjoy my recommendations. Also you may want to check out my newest release, A CREATURE OF FANCY, on sale at Amazon.com this week.
Happy reading!!