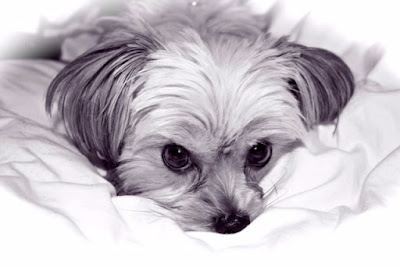 I've recently changed writing gears to work on a more lighthearted project, inspired by a chance moment in my life when I went out with a friend to walk her dog, a cute, woolly little mutt. As we strode down the leafy path, I was amazed at the number of people who stopped to chat and generally fawn over my friend's dog. In that short walk we met more new people in half an hour than I had in several years, and some of them were hunks! My friend and I are both married, but it didn't take much of to stretch our imagination and ponder the question: Could walking a dog help you meet the man or woman of your dreams? And that's how THE DOG WALKERS' DATING CLUB was born.
The main character, LILY, is a self-professed dog hater after some traumatic dog-bite incidents in her childhood, which lends the book a more interesting dynamic when she decides to take on a puppy in the hopes of improving her chances of meeting someone to love. She wrestles with her new responsibilities but learns a lot about people and life as she struggles to fit a new puppy into her life . 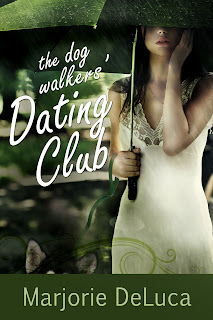 I can relate to Lily, since I've never really been a "pet person", though we took on a puppy in later life after my daughter begged for one. That's when Bella, the "shorkie" came into our life and I realized the challenges and benefits that come when you have a pet in your home. The house training, the walking, the feeding, the behavioural quirks, the puddles on the floor, the chewed Kleenexes and all those other irritations are all mitigated by the unwavering love, loyalty and devotion of your dog, which inevitably becomes a member of the family.
In the novel Bella becomes "Baby", a tiny but major intrusion into Lily's almost perfect life.
The first couple of chapters are available for preview on Wattpad so you can read them for free! Check it out right HERE. 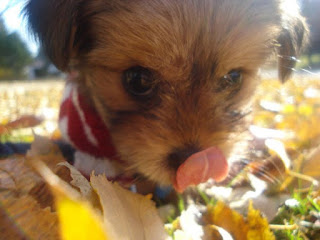 To celebrate the ideas in the book I'd love to hear about your crazy or funny dog stories or see your doggy pics and videos. Either leave a comment on my blog or contact me through my website HERE. if you ask me, I'll feature them on my blog. Just send me the details.

THE ART TEACHER by Paul Read 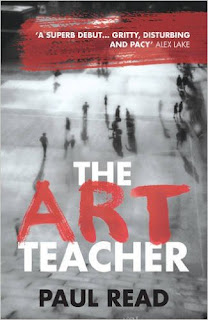 As an ex-teacher I was interested to read this gritty story of an ex-rock musician who struggles with his fallback teaching career. Working as an art teacher in an inner city secondary school, Patrick Owen feels stuck in a rut he can't remove himself from. Separated from his wife, his young son and his beloved music, he barely tolerates the students who show little interest in art or anything else he tries to get across to them. The result is that he's merely putting in time, staying under the radar until something better comes up. All that changes when a difficult student causes a problem during class that Patrick can't ignore. When he finally snaps, he becomes the boy's number one target which draws him into the dangerous world of  the local gangs who terrorize a nearby housing estate. In his efforts to help a female student caught up in the conflict he's drawn directly into the line of fire and soon finds himself at the centre of media scrutiny as well as trapped in an untenable position which he can't seem to escape.
Read's experience as a teacher really shows through in his tense descriptions of classrooms disrupted by troubled students and the absolute helplessness of teachers with no support from the higher-ups. Though Patrick is at times an arrogant character with very little empathy, one can't help feeling sorry for the way he's trapped in a career he hates. He seems to float through life unmotivated and unable to climb from out of the pit he's dug for himself. Perhaps that explains the questionable choices he makes when it comes to the war he unwittingly provokes. In his mind any change in routine is good - even if it means he lives in utter fear rather than total boredom. The plot moves very quickly, compelling the reader to keep going just to find out how far Patrick will go, how many lies he'll tell and how much he's prepared to sacrifice to get himself out of the mess and reunite with his young son. Though there is a surprise turn of events at the end I had already guessed it beforehand and found the ending a bit rushed . Other than that this was a good read.
*I received a free Kindle copy from Legend Press in return for an honest review*.
SaveSave
- September 15, 2016 22 comments: