WHEN HISTORY COMES TOO CLOSE! 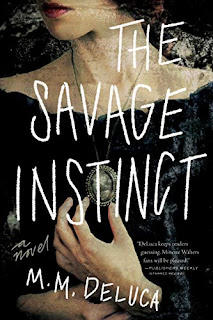 It's been almost eight years since I made the startling discovery that the street just around the corner from my grandmother's house in Hetton-le-Hole, Tyne and Wear, UK was actually the birthplace of Mary Ann Cotton, one of Britain's most prolific murderers. Once I started reading about her case and the sensation it caused in the newspapers of the time (1872-73), I knew I had to write a novel inspired in some way by the events at the time.
I didn't want to write it from the murderer's point of view. Many articles written since that time have argued about the extent of Cotton's guilt, and there is still wide disagreement about how many people she actually killed. Instead I was more interested in how the case influenced the men and women reading the newspapers at the time and how it caused sensation and outrage at a time when women's roles were restricted to the domestic sphere, and fulfilling one's role as the selfless " angel at the hearth" was the only role deemed important for women.


I created a fictional character, the childless and unhappy Clara Blackstone, a woman on the edge - trying desperately to maintain her sanity after a traumatic second miscarriage. A troubled woman who has blocked the memories of her spell in an asylum, the terrible events leading up to it and the role her husband played in her committal. The story opens when Clara travels up to Durham City to meet her husband, Henry, so that they can make a fresh start. On her way from the train station, they encounter a mob gathered to witness the arrival of Mary Ann Cotton at Durham Jail - and so the problems begin to unfold...


This book was a long time in the making. I've had nightmares about the murderer, learned a whole lot about Victorian women - their trials and tribulations, and the mind doctors who preyed on them in the guise of treating "nervous complaints and hysteria". 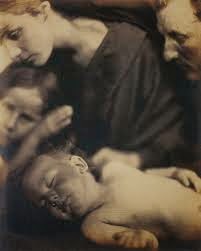 Sorry it's been a while since I posted. Sometimes you just get lost in your various projects and caught up with submissions to publishers.
Well - after a long and torturous process, my historical novel, UNNATURAL, was passed by major publishers despite the overwhelmingly positive feedback it received . This happens in the publishing industry and you just have to keep on going. So I took a good look at the manuscript and decided to publish it myself. I've had great luck with THE PITMAN'S DAUGHTER which continues to sell steadily and hit the Amazon bestseller list several times.
I've renamed the book THE SAVAGE INSTINCT and I'll explain why. The book is mainly about the perception of women in the Victorian era, a time when women's sole purpose was to be "the angel at the hearth" - a wife and mother selflessly devoted to her family. A person who had few, if any rights as an individual and owned no property because what was hers, was automatically his. 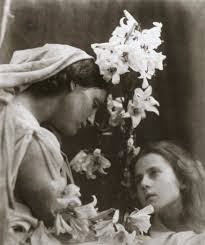 If a woman deviated from that idealized image in any way - through inability to conceive or bear children, madness or hysteria, or worse still involvement in immoral or criminal activity, then she was condemned as unnatural and an outcast, forfeiting her status as a woman.
Even if she did manage to conceive, the obstacles became greater. Many of the mind doctors of the era, the infamous Dr. Henry Maudsley among them, believed that the act of childbirth was primitive and "disgusting", and infant care such as nappy changing and breastfeeding were loathsome activities:

"There is nothing nice in the process of parturition nor in the base services which the child exacts" (Maudsley 1873)
Consequently, according to Susan Hogan in her essay The Tyranny of the Maternal Body: Madness and Maternity, such doctors considered the moment of birth to be "the primary and pivotal moment of women's perceive instability." In other words, becoming a mother was quite likely to make you crazy, and if you had a history of instability in your family like my main character, Clara, then you had an even greater chance of succumbing to madness. 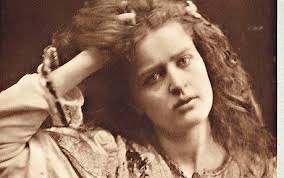 According to the good doctors of the time, pregnancy caused the already weak and impulsive female mind to be destabilized even further, causing them to be morally weakened at the time of parturition (the act of giving birth) ... and then develop a ‘savage’maternal instinct. Prominent psychiatrists argued that maternal impulses have such tremendous power that women would break all the Commandments and show no remorse.
In the mid-19th century up to 20% of asylum admissions were attributed to insanity ‘arising from pregnancy, parturition and lactation.’Dr. Maudsley gives an interesting description of the symptoms of a patient suffering from "Puerperal Mania": a delirious, noisy restlessness, sleeplessness, tearing of clothes, feverish, hallucinations and in some cases great salacity (lustful and obscene behaviour) which was probably the direct mental effect of irritation of the generative organs.
Later studies have shown that many such women were probably suffering from either postpartum infections due to ignorance about cleanliness and bacteria, dirty instruments, poor sanitation conditions, or from postpartum depression, which was not surprising considering the conditions at the time - married young, multiple pregnancies, dangerous labours and a backbreaking workload at home.

My novel, THE SAVAGE INSTINCT, is about two mothers: Clara, who is trying to become a mother but has suffered two miscarriages and the real life Mary Anne Cotton who was possibly responsible of the murder of up to 21 people, eight of whom were her own children, seven stepchildren, three husbands, a lover, a friend and her mother. Here's a brief blurb about it:
August 1872. Clara Blackstone, travels up to Durham City to meet her husband, Henry, a newly appointed Professor of Mathematics at Durham University. It is supposed to be a fresh start - a chance to put recent troubles and nightmarish events behind her. But after a tense reunion, their carriage runs into a mob gathered to witness the mass murderer Mary Ann Cotton being brought into Durham Jail. Buried memories of Clara's second tragic miscarriage begin to resurface, and her inability to recall events of the months leading up to her subsequent committal to a private asylum, cause her to question her husband's motives for placing her there.
When Clara befriends Catherine, an outspoken Suffragist, she joins her as a prison visitor, working with female inmates. The childless Clara encounters Mrs. Cotton and becomes increasingly fascinated with her story and when she learns the murderer is pregnant the obsession grows. As she uncovers more details about the murders, she’s tormented by the idea that a mother could poison her own children.
A disturbing encounter finally unlocks the truth behind the terrible events surrounding her miscarriage, but when her husband falls under the controlling influence of a devious colleague, Clara is soon fighting for her sanity, her freedom and her grandmother's inheritance. Meanwhile public outrage grows about Mrs. Cotton, a woman who would go against her God-given instincts and murder her own children and several husbands by poisoning, a 'woman's choice' of weapon. Newspaper articles about "the monster" incite fresh debate about the natural place of women in the latter decades of the 19th century while Clara struggles to save her fortune, her freedom and her life.

Watch out for the COVER REVEAL coming next blog as well as important PRE-ORDER information
- April 07, 2015 No comments: