I couldn't let this week slip by without paying tribute to Bowie.
From the moment I first saw him on BBC TV in 1970 (check it out here), I knew he was no ordinary musician. Then when he moved from one incarnation to another, I realized this guy was a trailblazer, a true rebel, a total artist. 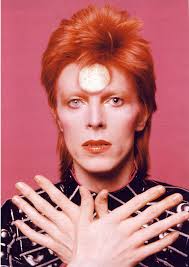 During my university years in the early 70's, Hunky Dory, Ziggy Stardust and the Spiders From Mars and Aladdin Sane were all must-have albums and Jean Genie was a dance anthem for 70's students keen for something different after the '60's diet of The Beatles, The Stones and various flower power sounds. Bowie promised something futuristic. A glimpse into bold new worlds, a blurring of gender lines, a complete and total integration of fashion, art and music. My favourite song of his was definitely Life on Mars. Words like:
See the mice in their million hordes, From Ibiza to the Norfolk Broads were a plaintive yet truthful commentary on creeping commercialism. Check it out here. 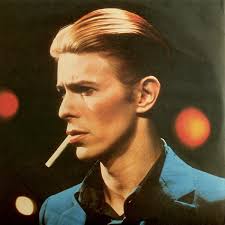 Here's a little clip (set in 1973)from an unpublished work of mine entitled Searching for Robert P that shows just how much Bowie influenced music and fashion in the 70's:

The Bunch of Keys was a small pub about half a mile away from the residence and within twenty minutes we were sitting comfortably in front of three glasses of vodka and orange listening to a local band doing David Bowie covers. The lead singer looked like Ziggy Stardust on a bad hair day and the rest of the band was decked in orange nylon spaceoid gear
“Is it just me ,” said Pam, “or does this group look like they just parachuted in through a cosmic storm?”
“Why the hell are we all so critical tonight?” said Patsy, digging into a jumbo-sized basket of scampi with tartar sauce and chips. “We’ve had three non-stop nights of wild and crazy fun.”
“Yes,” said Pam, “and why does everyone look like they belong in a Hieronymous Bosch painting – sort of primal and bawdy and rude and pathetic and mindless and cloddish and tasteless and….”
“Take one of these hot scampi and shut up,” said Patsy dipping a deep-fried pellet into a  puddle of sauce
“We’re sober – that’s the problem,” I said, scanning the dance floor, which was populated by Mick Jagger, Rod Stewart and David Bowie impersonators. The Micks pouted their lips and strutted around doing sideways claps, the Rods with their spiky hairstyles, made love to imaginary microphones, and the Bowies generally floated through space like multi-coloured androids.
After a couple more drinks Pam and Patsy got up to dance. They tried to drag me along but I was cemented to the chair, lost in contemplation at the marvelous power of popular culture – the supremacy of these pop icons – resulting in mass production of their image in every little pub, working men’s club and students' union bar. 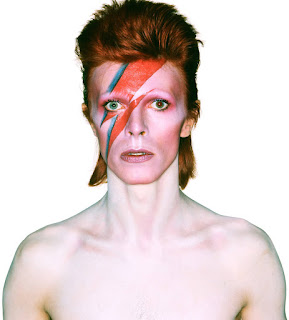 I came close to Bowie only a couple of times. Once when we crashed a party in 1973 we were awestruck that Bowie's hairstylist was there! We waited the whole evening in case the great one arrived. Too bad he didn't!
The next time was in 1987 on his Glass Spider Tour. We were so close to the stage at the football stadium in Winnipeg. It was one of the best concerts I've ever seen. Bowie's voice was so good live. He didn't need much electronic enhancement. He looked great, sang incredibly and boy could he dance!
It's fitting then, that he even left this life in a burst of artistic creativity. He'll be sadly missed but his legacy will live on. 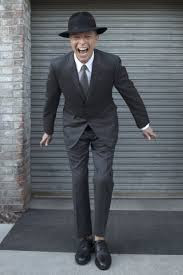