Happy New Year to everyone and hope you're all looking forward to a great year of reading! I thought I'd start the year off on a lighter note with some book recommendations that will get you in a happy mood to face the rest of the winter.
After a steady diet of psychological suspense, I felt the need to switch things up and find some humour out there. Hope you find something here that will appeal. 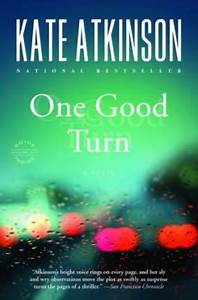 ONE GOOD TURN by Kate Atkinson

Kate Atkinson writes with the kind of sly, ironic wit that makes the characters burst out from the pages of this complicated and multi-voiced crime novel. This is the second book that features ex-army, ex-cop, ex-private eye and newly retired millionaire, Jackson Brodie, who naturally can't stay away from the world of crime. When he travels to the Edinburgh Festival with his actress girlfriend, he witnesses a violent road rage incident in which a timid writer of "jolly English" crime novels becomes an unlikely hero by throwing his laptop at the antagonist and scaring him off. The incident sets off a string of brutal murders which inevitably draws Jackson Brodie into the mystery and gets him into a whole lot of trouble before resolving the case.
What makes Atkinson's Jackson Brodie books stand out is her character-driven writing, and the hilarious, self-deprecating humour that makes the reader laugh out loud at the ridiculousness of the human condition. While it's not a classically structured crime novel, Atkinson's sparkling wit more than makes up for any structural shortcomings.
By the way, if you enjoy this book, I'd highly recommend her other Jackson Brodie novel, Case Histories as well as Started Early, Took My Dog. 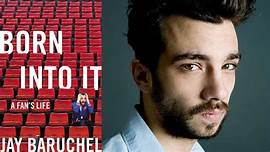 BORN INTO IT by Jay Baruchel

Normally I don't feature non-fiction books in my blog, but I had the distinct pleasure of attending An Evening With Jay Baruchel at my local bookstore. One stop on Baruchel's promotional tour for his new, quirky and hilarious book, Born Into It, an entertaining treatise on extreme hockey fandom.
Known for his edgy and offbeat film roles in Tropic Thunder, Million Dollar Baby, This Is the End with stars such as Seth Rogan and James Franco, Baruchel is also a talented writer and director. I also discovered that he's a charismatic, funny and engaging speaker especially when it comes to one of his burning passions - hockey and his team of choice - the Montreal Canadiens. Baruchel sees hockey as something more than a sport - it's a uniquely Canadian political and cultural institution. He also rediscovered his love of hockey in later years as a way to come to terms with the turbulent relationship he had with his troubled and drug-addicted father. An outsider since he was a kid, Baruchel also found hockey gave him a way to feel like he belonged to something bigger than himself - a family of sorts, united in their love for the team and the game. Hearing him read the section entitled Why I hate the f***ing Maple Leafs (a nod to the fierce rivalry between the Canadiens and the Toronto Maple Leafs) was enough to make me buy the book and highly recommend it to anyone who loves crazy, wacky humour from a guy who always stays on the edge. 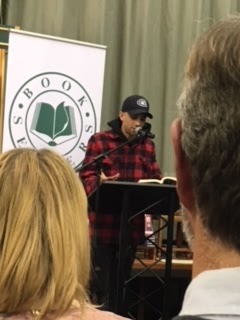