I've spent the last month or so immersed in writing The Parasites, the second instalment in my YA science fiction series, The Iduna Project. The first book The Forever Ones is still proving popular with teens and I've had a lot of impatient reminders that the next one is well overdue.

Writing dystopian novels poses a very specific challenge, and  Margaret Atwood helped me understand why. Her interview with the Daily Telegraph prior to the release of MaddAddam, clearly explains her perception of the divide between science fiction and speculative fiction. :
The lineage of speculative fiction traces back to Jules Verne, who wrote about things that he could see coming to pass that were possible on the Earth—this wasn’t about outer space or space invasions—but things that we could actually do.
So for Atwood the difference is "Could happen here on earth" as opposed to "unlikely or couldn't happen" as in alien and outer space type fiction. Atwood also mentions another great writer, William Gibson, who says," The future is already here but it's unevenly distributed".

These thoughts feed the speculative fiction writer. Signs of the future, both progressive and destructive are all around us. That's why as a writer of dystopia, you have to do your homework and research to find those signs of our possible future.
Here are some I've developed in The Forever Ones and The Parasites:

A youth obsessed culture:
Already with us to the point that those people with the financial resources will use them to retain the illusion of youth well into middle and old age, even if it means undergoing painful surgery. With research on aging and extending life expectancy already progressing rapidly, it's likely the same people would do anything, even use other human beings, to stay young forever.

Dominance of Super Corporations
A recent study by the Swiss Federal Institute of Technology in Zurich has revealed that:
1,318 corporations own 80 per cent of the world's wealth, and out of that, a tiny interlocking nexus of 147 'super corporations' own half of that.
So any massive technological/medical advance would soon be controlled by these elite corporations.

The economic stratification of society into Elites [rich] and Masses (or "Commoners") [poor]":
Already happening globally as well as in major Western Countries like the US and the UK, where the divide between rich and poor continues to grow wider. Check out this study.

Overly stretched resources distributed unevenly between the "elites" and the remaining population masses:
The main reason why those holding power refuse to recognize the danger signs of declining resources. They're still enjoying ample supplies. Check out this study done by NASA'S Goddard Space Flight Center 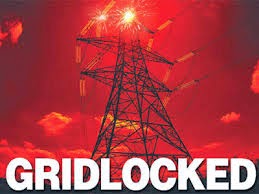 The collapse of the existing power grid:
An event that has already occurred in India, and is predicted to be a threat here in North America. National Geographic's series, American Blackout, provides a chilling "what if" scenario. 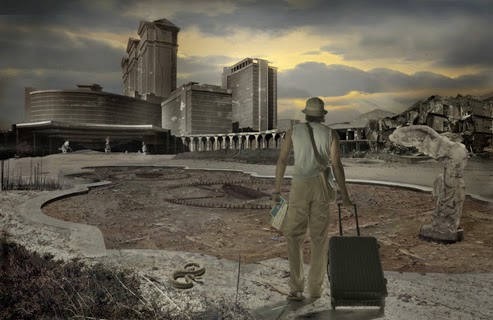 On the positive side, I've tried to incorporate some ideas that are more hopeful:

The development of new ecosystems due to environmental change:
The Parasites is mainly set in a futuristic Las Vegas. When the water supply is turned off, the slot machines and roulette wheels will go the way of the dodo bird. Decades of hot, dry desert sun and the gradual replenishment of underground Artesian springs will make Sin City a different and strange kind of tourist destination!  Check out this Vanity Fair article and see. What will happen to all those Cirque de Soleil shows? You'll have to read The Parasites to find out!
The growth of smaller, self-sustaining market economies:
Carter City, Junius's home, is an example of a small island of civilization that follows the motto, Clean, Cooperative and Independent. Decorative flower gardens and manicured lawns are replaced by abundant vegetable gardens, wild grasses and happy people who share. Wind power is the norm but travel is limited.

Sounds great, but as with all Utopias, there's always a fly in the ointment, a worm in the apple etc. etc. because, as our hero, Paige discovers and as Margaret Atwood says, In order to keep you safe, we have to obliterate your human rights [and take away your freedom].
Oh well - back to the drawing board!

UPDATE! THE PITMAN'S DAUGHTER - still climbing the Amazon UK bestseller lists and is again in the Top 30 at #26 ahead of The Colour Purple and just behind Tracy Chevalier! Check it out here