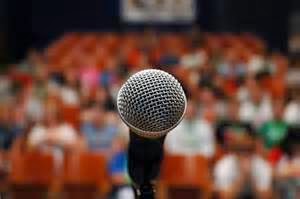 In all my years of reading and writing, I've attended my share of book launches and author readings. Some have been moving, memorable, hilarious and left me wanting more. Others have been a study in tedium during which my attention has wandered between checking out whose hair has shed the most dandruff onto their shoulders, to counting the number of heads doing the "chicken droop" as the author drones on in a writerly monotone. Poets tend to be the worst offenders. It seems the moment they start reciting their lines, it's a signal to slip into a one-note dirge. There are, however, some notable exceptions. This week's blog will highlight the best, past and present: 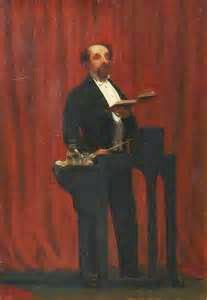 PAST:
Just as in the music industry today, yesterday's novelists and poets could make a killing from public lectures or readings, often mounting huge and ambitious cross-country tours.
CHARLES DICKENS touring schedule was an exhausting but lucrative one. Fascinated with the world of theatre, he found an outlet in public readings and his tours took him across the British Isles and twice to the United States. Eager fans crowded to see him and witness his grand theatrical style as well as his use of colourful backdrops and moody lighting. In the first of his US tours he performed 76 readings in 4 months netting 19,000 pounds ($38,000 approx) - not bad for 1867! 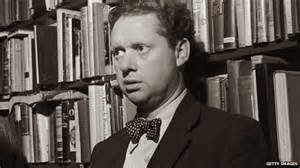 DYLAN THOMAS was the Welsh-born poet whose legendary drinking habits led to extremely unpredictable readings. Though he had a dramatic and flamboyant reading style, he was known to sometimes break down on stage or become violent and obscene or offensive at important literary events. When in top form, however his performances were memorable, and some have claimed his US tour in the early 1950's was the original "British Invasion". You can hear him on YouTube here. 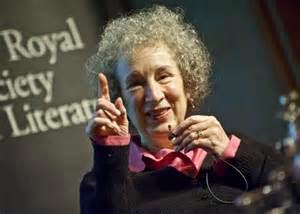 MARGARET ATWOOD: Her razor-sharp wit, wry sense of humour, incredible imagination and youthful approach to life and technology make her one of the most entertaining writers. After an hour-long question and answer session with a muddling CBC host at a local shopping mall, I found myself wishing he'd just be quiet and let her unleash her true brilliance. He did in the end, just sitting back as she entertained the audience with her ideas about science fiction, technology and life in general. Not to be missed!!

DOUGLAS COUPLAND: This Canadian author and visual artist is the wackiest, most unusual presenter. If you've read his early, groundbreaking novel Generation X, you'll know what a crazy sense of humour he has. I attended one of his readings and was treated to an hour of wildly creative, randomly free-associated ideas. Vivid images, wild speculation, astute observations and philosophical nuggets careened off the walls, colliding with each other in a dizzying barrage. Throughout the entire performance Coupland walked around like a restless genius. The result was incredible. 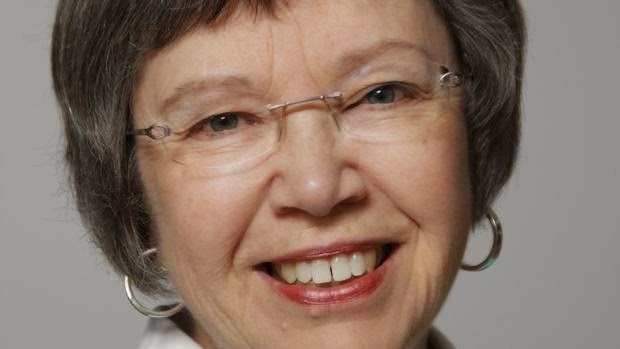 K.D. MILLER: Shortlisted for the Rogers Trust Prize for Fiction 2014, KD Miller was undoubtedly the best reader among the finalists I saw at the International Festival of Authors in Toronto. This writer's warm, nuanced and confident reading of one of her stories from the nominated collection, All Saints was a delight. A difficult achievement when the story is about a very proper schoolteacher who poisoned her entire grade 2 class by serving them poisoned lemonade. Miller read with perfect emotional control, allowing the listeners a chilling insight into the mind of the killer.

I hope I've inspired you to attend a reading. Authors work in such a solitary setting, it's great to actually connect with readers. Look out for readings at bookstores and libraries in your area!