THINGS THAT GO BUMP IN THE NIGHT. 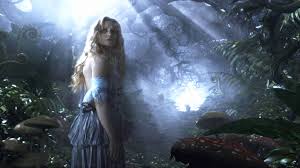 I'll have to admit I'm partial to reading stories that are scary, strange, magical or bizarre. My favourite childhood book was Alice in Wonderland. I love that off-kilter, slightly nightmarish world  that Alice discovered at the bottom of the rabbit hole and beyond the looking glass where nothing was as it seemed and weird happenings seemed suddenly logical. Or the magical world of C.S Lewis's Narnia series. After reading The Lion, The Witch and The Wardrobe I honestly hid myself in my parents' wardrobe and willed the wooden backing to dissolve and lead me to the snowy pathway where Mr. Tumnus waited by the lamp post. 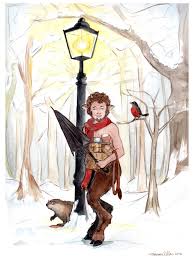 Later in life I discovered I wasn't a fan of hardcore horror. As a student I went to see The Exorcist and was so terrified I had to sleep on a friend's floor. I couldn't eat pea soup after that movie.
When I read the book later I found it even more terrifying than the movie. I had a similar experience reading Bram Stoker's Dracula. His images of the Count, transformed into a wolf or a bat crawling up towards Mina's bedroom window and scratching on the glass, became all too real when tree branches scraped against my window at night. 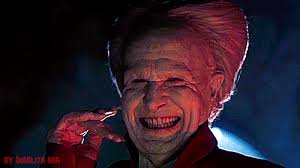 I was, however, a sucker for the X-Files with its unseen but ever present aliens and the paranormal occurrences that Muldur and Scully were called to investigate. More recently I devoured the wonderful Wayward Pines series inspired by Blake Crouch's creepy trilogy. 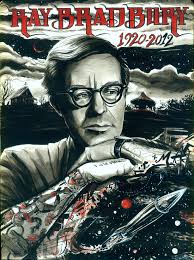 I was always a fan of the fantastic tales of the late Ray Bradbury and loved the story he told about how he started writing after he met Fantastico, the magician in 1932. At the end of his performance, the magician reached his sword out to the 12 year old Bradbury and commanded him to live forever. Bradbury started writing every day and his works have certainly immortalized him.
Later I became a fan of Sarah Waters after reading her chilling, Booker Prize shortlisted novel, The Little Stranger.
I love these kinds of stories so much, I decided to write some. That's how Doll's Eyes and Other stories was born. The title story was inspired by an incident in my son's childhood. One night when he was very young, he couldn't sleep. I went to his room to find out what was the matter and found him staring at his Ernie doll. He said, "Mom, take Ernie away. I don't like the way he's looking at me." That incident stuck with me ever since and - we all remember the clown doll in Poltergeist or the evil clown creature in Stephen King's It! 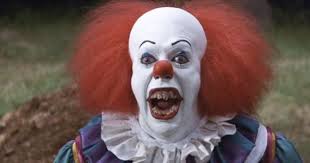 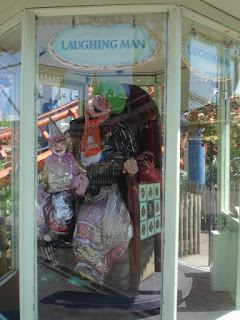 I also have scary memories of the laughing clown encased in a glass bubble outside the fun house in Seaburn, on the north-east coast of England. I used to stare in horrified fascination at it, imagining what would happen if I came back to the fairground at night and found the glass bubble empty and the clown lurking around in the darkness.

Another story in the new collection is MayOne, my tribute to Ray Bradbury and the third, The Flamebearer, is an excerpt from a longer work and was inspired by a childhood nightmare.
It seems that a lot of people like weird, bizarre stories because Doll's Eyes and Other Stories has already reached #14 in the Amazon Bestsellers Short Reads in Mystery, Thriller and Suspense.
Check it out and if you enjoy it, don't forget to put a review on Goodreads or Amazon. These are so important for authors!! Happy reading, but don't forget to close the windows, lock the doors - oh - and if you hear a strange noise, don't look behind you!! Mwaahaha!!! 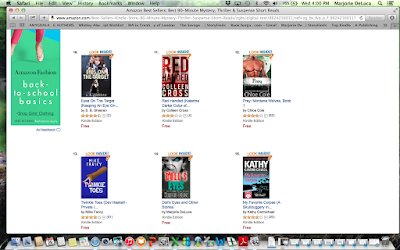