Sorry for the delay in bringing you the next five great books to read, but here they are in all their glory. I've featured more mystery/suspense stories because that's exactly what I'm in the midst of writing myself. More news to follow on that later. But I certainly hope there's one here that you'll enjoy!

ELIZABETH IS MISSING by Emma Healey. 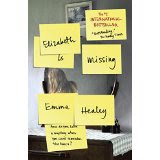 This debut novel became an international bestseller and it's easy to see why. With a brilliantly original premise, precise and detailed characterization and lovely, perceptive language, this book is difficult to put down. Its central character is Maud. In her late eighties, she's physically mobile but forgetful, confused and suffering the onset of dementia. She makes a cup of tea and forgets to drink it, goes to the store and can't remember why she's there - usually returning with cans of tinned peaches. Daily visits from carers and her daughter allow her to live at home, but Maud is troubled with the overwhelming feeling that her dear friend, Elizabeth is missing. Driven and determined, she resolves to discover the truth even though no one will listen to her. The clues she discovers lead her back seventy years into the past when her own sister, Sukey, disappeared without a trace. Could the two mysteries be linked? Maud's confused but utterly human journey is documented with such sensitivity and insight that we can't help but root for her.

THE STEADY RUNNING OF THE HOUR by Justin Go 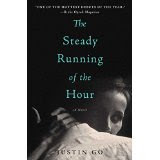 Tristan, a young American graduate student, is shocked to learn he may be heir to a massive estate left by an English lord and mountaineer, who willed his fortune to a mysterious former lover. Now eighty years later, Tristan races to London to discover that he must prove his connection to the former lover, but only has weeks to do it as the trust will expire. He follows elusive clues from London to French WWI battlefields to the fjords of Iceland, gradually becoming consumed by the lovers' story, but in the process, finding out about his own roots. Will his quest lead him to the huge unclaimed fortune? Read this exquisite and lyrical novel to find out.

THE GLASS CASTLE by Jeanette Walls 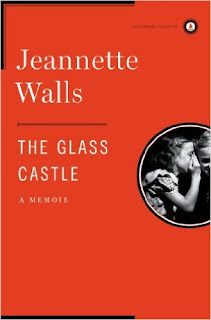 This brilliant memoir documents the story of a vibrant yet unconventional and dysfunctional family. Raised by a free-spirited, self-indulgent artist mother who abhors the traditional maternal role and a charismatic, brilliant father whose drinking drives him to recklessness and dishonesty, the Walls children somehow manage to bring themselves up. Feeding, clothing and caring for one another in the most impossible circumstances in which hunger and poverty are daily realities. At his best, their father's inventive mind captures their imagination, and his lessons on physics and geology make them outstanding students at school. Both parents teach them to embrace life fearlessly, but the lessons come at a great cost: moving from one home to another, sleeping in bedrooms dripping with mould, and going hungry for days. The children finally leave the control of their deteriorating parents and find their way to New York, living successful lives, but their parents decide to follow them and actually choose to be homeless, living in a series of run-down squats even as their children prosper. Walls finally comes to terms with her unconventional parents and it is her sensitive and complex portrayal of them that makes this such a compelling story to read. She writes with a riveting eye for detail and her lack of sentimentality makes her journey even more real and convincing. 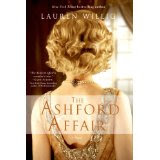 THE ASHFORD AFFAIR by Lauren Willig

If you love long family sagas, then this book is for you. It's loving attention to rich period detail and fast pace, make it an extremely compelling story. Set in two time periods - 1999 and the early 20th century, this is the story of Clemmie Evans, a workaholic lawyer in a Manhattan firm. Rebounding from a broken engagement and in her mid thirties, she feels life slipping her by. When the family gathers for her grandmother, Addie's ninety-ninth birthday, a relative lets slip hints about a long-buried family secret that leads Clemmie on a journey into the past that could change everything about her life. The story flips back and forth from Clemmie's quest to Addie's story in the early 20th century. Addie grew up at the grand house, Ashford Park with her cousin Bea. Close as sisters, their love is eventually tested by a bond that proves even stronger. The nature of this bond and the hidden secret gradually unfurl, affecting Clemmie's life and changing it forever. 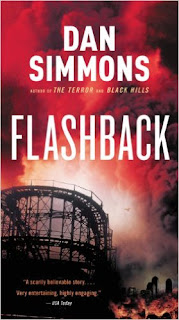 I've long been a fan of Dam Simmon's richly detailed, incredibly accurate historical novels. The brilliant and chilling Drood as well as the epic Black Hills are two novels I'd highly recommend. Dan Simmons' novels, however, are not for the faint of heart. Like his other novels, FLASHBACK is densely packed with details and ideas, but it has a fast moving plot reminiscent of Michael Crichton or Robert Ludlum. This dystopian novel is set in a future United States reeling from nearly total economic, political and moral collapse. The country is segmented, ruled partly by Japanese overlords, Hispanic gangs and Muslim caliphates (sounds like Trump was a consultant on this one!!!). Only small sections remain US led, but most of the population doesn't care since they're addicted to flashback, a drug that allows users to experience the best moments of their lives again and again, rendering them completely useless to society. Nick, the main character, is a former cop who becomes an addict when his wife dies in a car accident. Now living in an abandoned shopping mall, the drug leads him to lose his job and his teenage son. Out of the blue, he's called up by a top government advisor to investigate  the murder of the advisor's son. When the investigation turns up more secrets than he bargained for, Nick is soon faced with extreme danger and his actions could lead to a reunion with his son but could also affect the future of the entire nation. Simmons' predictions and his vision of the future seem eerily possible and that's what makes this such a compelling read.