IS IT SPRING YET? AND SOME RIVETING READS.


I'm sure many people across North America and Europe are asking themselves when Spring is actually going to arrive. From snowstorms in the most unlikely places to extreme and unrelenting cold, the prospect of warmer weather is exactly what we're all longing for.

Though I did manage to get away to the sun for a week in lovely Los Cabos, Mexico it was painful to come back home to another 2+months of freezing cold. 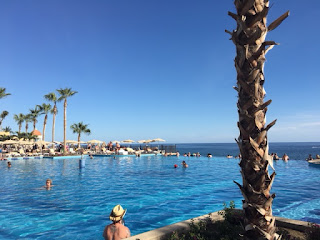 Over the next couple of frigid months I stumbled across a few terrific books you can read on these last cold nights before spring. Here goes:

THE WOMAN IN THE WINDOW by A.J FINN 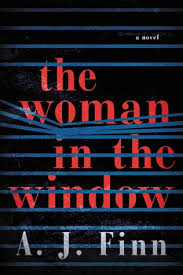 After reading a couple of disappointing psychological/suspense thrillers, it was a refreshing change to read one that's skilfully - at times, beautifully written. A.J. Finn's debut novel is impossible to put down once you've entered the narrow, messed-up prison of Dr. Anna Fox's life. The plot is as dark and twisty as the best Hitchcock movies, the language smooth and the suspense intense. The real tour de force in this novel, however, is not the surprise ending - which I predicted quite early on in the novel - it's the absolutely in-depth portrayal of a brilliant but depressed, alcoholic woman afraid to step outside her front door. A woman torn between crippling fear and the moral imperative to do what's right after witnessing a terrible crime. A woman so muddled by alcohol and prescription medications that she can't even trust her own recollections. I was surprised to discover that A.J Finn is actually the pen name of Daniel Mallory, an executive editor at Morrow, the publisher of the book. I could be sarcastic and say it helps to know people on the inside, but this book is so well written I'd like to think it would have been published if the author hadn't been an insider. A great book! 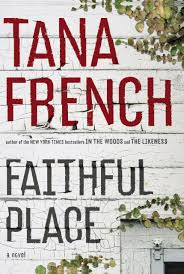 Another masterful suspense/crime thriller by the great Tana French. Set in Dublin in the first decade of the new millennium, it's the story of undercover cop Frank Mackay. A guy who pulled himself out from the poverty stricken tenements of Dublin and escaped the clutches of his abusive parents. He's forced to return and face them again when the suitcase belonging to Rosy, his missing first love turns up in an abandoned house on his childhood street. Twenty years before they were planning to run off together to England. The story then follows Frank's quest to find the killer. With its incredible characterization, authentic dialogue and major plot twists and turns, this is a book that can't be put down once you've started it.

THE NEWS OF THE WORLD by PAULETTE JILES

This historical Western tale is a small but gorgeously written story filled with vividly realistic settings and unforgettable characters. After the Civil War, Captain Jefferson Kyle Kidd travels through Northern Texas giving live readings from national and international newspapers to audiences hungry for any news of the outside world. During one of his stops he's asked to escort a ten-year old orphan back to her extended German family. Orphaned by Kiowa raiders, she was adopted by the tribe. She's lived with them so long she embraced their lifestyle and doesn't want to leave.
When the captain meets her she refuses to communicate and mourns the loss of her Kiowa mother. He reluctantly agrees to take her and embarks on the long and dangerous trek. What follows is a beautifully rendered account of how he wins her trust. Forced to dodge all kinds of trouble to reach the end of their journey and facing many dangers, the girl becomes attached to this wise and grandfatherly figure and he begins to worry about what lies ahead of her when she's returned to her aunt and uncle.
The author hails from San Jose, Texas as does the Captain who recalls the old days there as a dreamy, sepia tinted place of grand mansions and old Spanish families. Based on real case studies, the author presents a riveting study of the behaviour of captive children adopted into Native American tribes. Interestingly, the majority did not want to return to their original families and if they did, the results were often tragic.

On the subject of suspense fiction, my romantic suspense novel LILAH has a new cover more fitting to the mystery genre. Designed by Adriatica at adriaticacreation.com.. Check out her gorgeous covers! 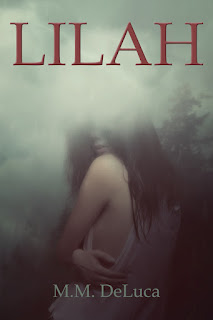