WHERE THE EDGE IS by Grainne Murphy. A Review 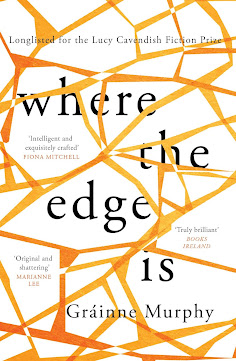 On first appearances, this novel by Grainne Murphy appears to be a suspenseful, disaster story centred around the lives of a group of innocent people trapped in a bus teetering on the edge of a massive sinkhole. While the central catastrophe does play an important part in the novel, the story really becomes an in-depth study of human love and loss and grief and our fragility and strength in the face of tragedy. Hence the title and the bus disaster becomes a metaphor for the knife-edge we vulnerable humans tread as we struggle to overcome adversity and survive.

The story begins when a road in rural Ireland collapses and swallows a bus carrying eight passengers. As the bus threatens to fall deeper into the sinkhole, the authorities scramble to set a rescue plan in place. What follows is partly the poignant story of some of the victims inside the bus, but mostly the novel focuses on the people involved in the rescue, mainly Nina, a news reporter on the scene, and her ex-husband Tim, a fire-fighter in charge of the rescue. Their shared grief over the death of their 11-month-old daughter comes to the forefront as the pressure of the rescue intensifies.

The author is not afraid to tackle sensitive themes and when Alina, a visible minority passenger is rescued by Richie, the bus driver who was recently suspended over his use of a racial slur, rumours about terrorism soon start circulating, despite the fact that the woman has lived her entire life in Ireland. Murphy really nails Richie’s struggle to come to terms with his new hero status and Alina’s questioning of her true place in her adopted country.

Murhy’s writing is lyrical and intense, though relieved by some humour. Difficult themes are tackled with great sensitivity and insight, particularly in some of  Nina’s heartrending reflections on the details of her child's death and its catastrophic effect on her life. At times, however, the pace slows a little and events lose their emotional impact when Nina appears to be going over the same ground. Also the final rescue is underplayed, which may be disappointing for some readers. But for those who are looking for an exploration of  family, connection, self-identity, faith, belonging and all the things that make us complex humans, this will be a most satisfying read.

Thanks to Legend Press for sending me an ARC copy in exchange for an honest review.

Check out these other great sites for reviews of the book. 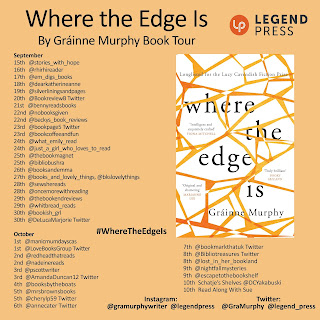